Richard has spent most of his career as a media equity analyst at leading investment banks. He began at UBS in 1997, before spending time at Lehman Brothers 2003-08 and Goldman Sachs 2008-13. At Goldman Sachs he was a Managing Director and Co-Head of the European Consumer Business Unit, encompassing nine sector teams. More recently he has been a part-time board level advisor to some start-up internet companies. He is currently a Founding Partner of investment fund, Tower House Partners.

Richard comes from Blackpool, but his father is from Warrington, of which he has been a lifelong supporter. He has been a Trustee of the London Rugby League Foundation since May 2014.

Aaqil was the Head of commissioning Religion and the Head of Religion and Ethics at the BBC from 2009 to 2016. Prior to this he was the Commissioning editor of religion and head of multicultural programming at C4 for six years. He started his career at the BBC in 1992. Aaqil now operates as a media consultant alongside his role as Professor at University of Bolton and his duties as a board member of mentoring charity, Mosaic.

Born in Wigan, Aaqil is a life-long supporter of the team. He has been a trustee of the London Rugby league Foundation since May 2014.

Chris spent 30 years at British Airways holding a variety of senior positions before becoming an executive director. His major areas of expertise are, Operations, Customer Relations and Human Relations. On retirement he was appointed as a London Eye Director. In that capacity he secured the Eye 20 year planning and lease agreements.

A Lancastrian, Chris grew up supporting St Helens. However, since the establishment of Fulham RL in 1980 Chris has been actively involved in supporting professional rugby league in the capital. Chris is a founding Trustee of the Foundation.

John is a corporate lawyer with a particular interest in corporate governance. He sits on company boards, advises trading companies and deals with mergers and acquisitions and business contracts of all kinds. He holds a master’s degree in international business law from Bristol University. Currently chairman of Brighton and Hove Energy Services Co-operative Limited.

John is passionate about sport and rugby league in particular and was a founding board member of the Rugby League Conference in 1997.  He has also advised the Professional Cricketers Association, various professional sportsmen, Queensland Swimming and Queensland Water Polo.

John has been on the board of the London Rugby League Foundation since May 2014.

Martin Offiah is the greatest English try scorer in the history of Rugby League. Born in Hackney he was playing rugby union when Widnes coach Dough Laughton persuaded him to switch from the then amateur code to professional Rugby League in 1987.  During a stellar career with Widnes, Wigan, London Broncos and Salford, plus stints in Australia with St George and Easts, he became the greatest wingman of the modern era.

Martin broke many records and scored some of the most spectacular touchdowns ever seen. He won every honour in the game, amassing 481 tries in his playing career which included 10 tries for Wigan in a match against Leeds in 1992.In the 1994 Challenge Cup final at Wembley he scored arguably the greatest try ever seen at the stadium for Wigan against Leeds.

In 1997 he was awarded an MBE and since his retirement has become a well-known celebrity appearing on such television shows as Strictly Come Dancing, The Weakest Link, and Celebrity Mastermind, among many others.  In 2015, he was revealed as one of five former greats immortalised in the rugby league statue at Wembley Stadium.

Born and educated in Wakefield, Andy taught geography & economics, alongside rugby and cricket, at City of London School for three years after leaving University. In 1976, he joined the then Sports Council working on facility planning before moving to the regions where he became the Regional Director for London in 1989 and also led the service team for rugby union until 2003.

From 1989 to 1998 he was a member of USSPT (Sport for All in European Cities) Group and presented papers on community engagement in Barcelona, Florence and Rome and was an accredited visitor at the 1992 Barcelona Olympic Games. In 1999 he was cofounder of “Cultural Partners for London” which lead the sport’s lobby through to the election of a London Mayor. He joined Business in Sport and Leisure in 2003 including a P/T secondment to the London 2012 Bid Team.

In 2014 he became Director of Sportsgroup and is nonexecutive Director of Fit Media a fitness testing programme for children.

Andy is Chairman of the London Council for Sport and Recreation, Chairman of the disability sports charity Panathlon, Council Member at London Playing Fields Foundation and Chair of his local sports council. He is a Fellow of both CIMSPA and the RSA and has an Honorary Fellowship from St Mary’s University College Twickenham. 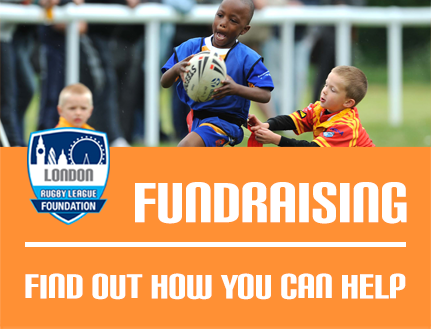 By continuing to use this site you are agreeing to the use of cookies.